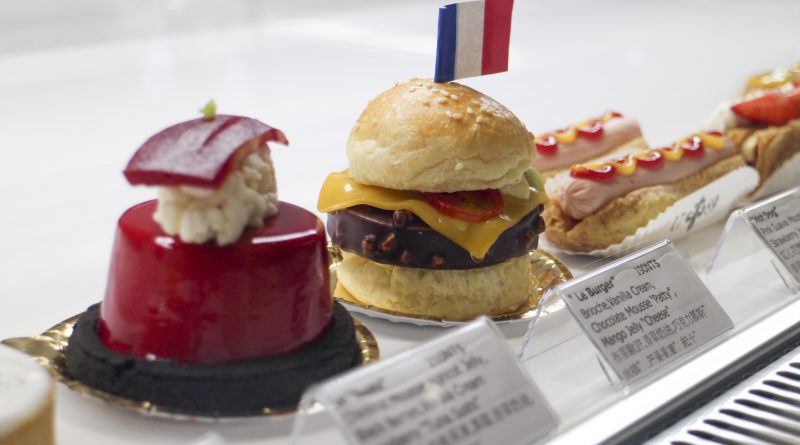 “I think if you are a chef, what you like to do is to find some local ingredients and make use of French technics to bake a cake.” ~ Chef Courant

As an ambitious chef, Chef Courant had been to three different countries before coming to Taiwan. The reason why he came to Taiwan is not because of his passion to travel, but the desire to promote French pastry. It is his great desire to share his skill with people around the world. Chef Courant began to study culinary arts and pastry at the age of fifteen in France and wanted to make it his life time career. Eventually, his dream came true.

After working as a chef and a consultant in Germany, the United Kingdom, and China, he has stayed in Taiwan for nine years. He has a lot of different work experiences and met his wife when he was in Germany. Because of business consideration, he decided to open his own shop with his wife after spending three years in Taiwan. Furthermore, he opened his second shop in 2017. Serving authentic French pastry, his bakeries attract many Taiwanese who want to have a try of French cuisine.

Name of the Shop

The couple used the year of French Revolution as their shop’s name, because they wanted to have a name which is not only related to France but can also easily be remembered in any language. In Taiwan, there are a lot of shops that have French names or have Eiffel Tower and French flags as logos. However, it’s quite weird for the French. “That’s not right,” the chef stressed. When talking about their shop’s name, Chef Courant explained, “It’s the year of the revolution and also the beginning of the food revolution.” History has it that many chefs lost their jobs during French Revolution. Therefore, they decided to open their own restaurants. Meanwhile, they also started to provide “nouvelle cuisine” for the citizens. In fact, thirty years later, the number of restaurants grew quickly from 100 in 1789 to 3,000. Thinking of a name for his shop which suits his needs took him many years to accomplish. In the end, he chose the year as his shop’s name.

Chef Courant has planned to have his own shop for more than twenty years. “For my career, every job I took and every place I worked, it was to get more experience, and to develop my skills,” the chef stated. During his travel to different countries, he improved his skills. Finally, he made his dream come true in Taiwan.

Because of the difference in culture and language, the biggest challenge for Chef Courant probably is how to communicate with his employees and the constructors whom they cooperated with to make the furnitures. At the initial stage of opening the shop, they spent a lot of time in communicating with the constructors who made the furnitures to fit the design they want. Fortunately, they tried their best to solve these problems and have the shop just as they wanted. As for what happened in the kitchen, it isn’t less difficult. Since his employees have never been to France and have never made French desserts like macarons or éclairs, it’s rather difficult for them to make French desserts without real experience. So, the chef has to train them every day.

To provide the customers with the original flavor of French pastry, Chef Courant has to import the ingredients like French butter, chocolate, and flour from France. As for milk and fruits, he usually buys them locally to ensure freshness and good quality.

Chef Courant is surprised by the variety of ingredients available in Taiwan. He wants to introduce Taiwanese the real French flavor which is totally different from the flavor they are used to. So, he starts trying to combine the local ingredients with French pastry. “I’m a chef, so I love to experience and try new things, taste and find out what’s really surprising in Taiwan with all the new vegetables.” As a result, he tries to add different ingredients such as pepper, jujubes, pineapple, guava and tea into his pastries like chocolate, macarons, and éclairs.

Chef Courant not only brings innovation to the flavors, but also attempts to modify the flavors so that they can be more accepted by the Taiwanese. “When I try to make French pastry, I need to make it less sweet. The sweetness could be balanced by adding certain ingredients,” the chef said. Compared to French, Taiwanese prefer pastries that are less sweet with less oil, so he has to make some changes.

Since he has been away from France for twenty-four years, Chef Courant is used to adapting himself to different cultures. Before he moved to Taiwan, he had lived in Shanghai, China. Because of his experience in China, he wouldn’t be too shocked by the Taiwanese culture. However, the lifestyle here is totally different from that of France. For example, French like to have croissant, chocolate bread, orange juice as their breakfast, but Taiwanese don’t. French attach importance to the first meal of the day but the food culture is different in Taiwan. In fact, bakeries are opened from 7 a.m. to 7 p.m. in France which is much earlier than in Taiwan as bakeries here are opened from 11 a.m. to 8 p.m. Moreover, French usually have sweet flavored pastries for breakfast while Taiwanese prefer those with salty flavors.

Furthermore, Sabine, the chef’s wife, also faces the problem in communicating with the employees. People don’t ask questions even when the mission that their superior requested is wrong or not good enough. Thus, the couple have to spend a lot of time to twist their minds. In the end, their employees try to give their opinions so that they can make progress together.

Many people say that the most beautiful scenery in Taiwan is “people.” Indeed, Chef Courant has proven this saying when he stated, ”People here are very welcoming and nice.” Because of his happy experiences, he will consider living in Taiwan for the rest of his life if he has children one day. “It can be a good opportunity for my children to learn English and perhaps Chinese,” said Chef Courant. 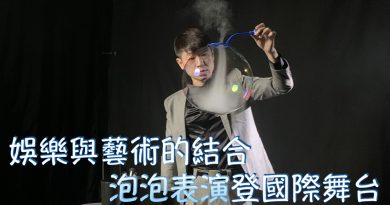 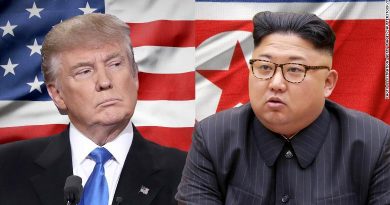 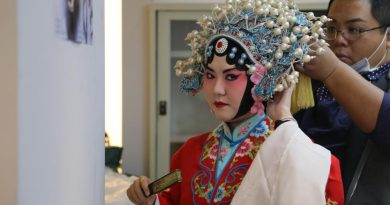