Ku Sin-ru （古欣茹） , an artist and a photographer, is lesbian. Ku and Zoe, her partner, have created Ku Yang workshop （羊古工作室） for the “Hey Artists” project, which is a series of videos, in order to let everyone understand more about homosexuals. They interview artists in New York and Taiwan who are LGBTQ or supporting homosexual issues. On the other hand, they also try to make their audience understand the cultures from other countries.

Since July 2015, Ku has contacted many artists from different fields and interviewed five of them. She found out the differences between the two countries. In New York where the multi-cultural people are gathering, homosexuals are open to their sexuality, as there is a more generous recognition of their sexual orientation. In Taiwan, many artists are worried that their family members would know their sexuality and be gossiped by others. In general, the attitude of Taiwanese artists is relatively conservative.

In fact, not every region in the United States is open to homosexuals. When Ku was young, she lived in the south of America. Social atmosphere in southern United States is relatively conservative, and discrimination against homosexuals is rife. In Taiwan, more discriminatory events or verbal criticism appeared in social media. These phenomenons are worthy of attention.

Back to the “Hey Artists” project, “I hope that through this project, people can be more understanding about LGBTQ and get closer to their inner world,” said Ku. Although there are still many social problems about homosexuals that need to be solved in our environment,  the project was believed to be a silent power which can influence the public in a soft and positive way! 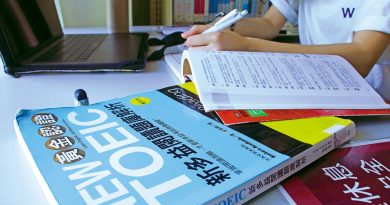 TOEIC: to Take or Not to Take