A startup company called WeMo Scooter is providing a brand new style of transportation in Taipei. User has to download an app on a mobile phone first to register; they could use the GPS to find an available  service nearby.

At  present, it only serves Daan, Xinyi, and Zhong Zheng districts. It is an unprecedented way of using scooters. Jeffery Wu（吳昕霈), the chief executive officer of WeMo Inc.（威摩科技）, says, it’s an idea of sharing economy. People could pay little but enjoy a full service.

Out of concern for our environment, Wu says, he would like to build a cleaner city. However, due to the cultural custom, most of the local people prefer to own a car or a house to represent one’s social status. Wu says, it’s the crucial point of his company’s current difficulty. He believes that after spreading the information in all parts of Taiwan, people will accept the idea of sharing economy sooner or later.

For now, WeMo Scooter is still on its trial run. Wu’s idea of creating a beautiful city through rental electric scooter could be accepted in a short time. It’s everyone’s duty to keep our environment clean– only for ourselves but also for the coming generations. 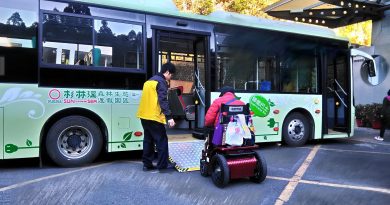 Tours for Fallen Angels in Taiwan

The Real Meaning Of Christmas

Why live streaming so popular?