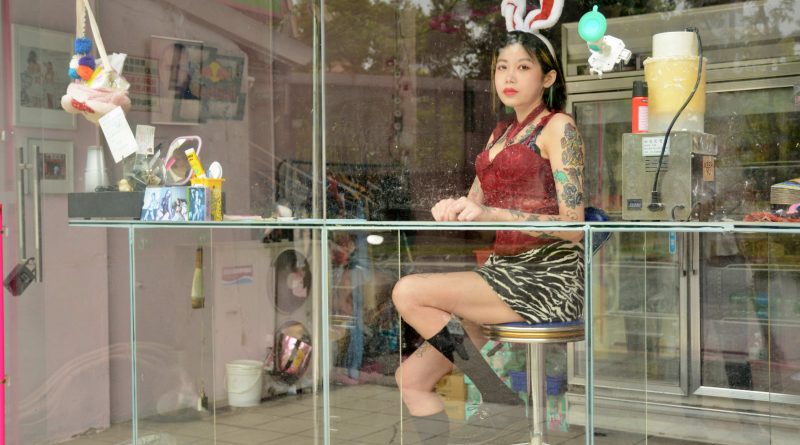 Walking on the street in Taiwan, if you see someone spit “blood,” you could be shocked by what you have seen, but most of the time you need not worry about someone getting injured. It is because that person might be chewing betel nuts.

Areca is a plant that grows in tropical regions, with its fruit being the betel nut. Chewing betel nuts for their warming glow and stimulating properties, people in many regions of Asia, such as Malaysia, India, Hunan Province of China, have cultivated the habit of chewing these nuts. However, the trend of chewing betel nuts is most prevalent in Taiwan, thus betel nuts are affectionately nicknamed “Taiwan chewing gum.” Their main producing areas are located in Pingtung, Nantou, Chiayi, Hualien and Taitung.

The benefits of chewing betel nuts have come at a terrible cost because the chemical reactions of betel nuts and other additives when chewing will produce red juice. Betel nuts are in fact wrapped in a package known as a quid which generally contains Piper betel Linn or betel vine and slaked lime or calcium hydroxide. Other substances, spices, particularly like cardamom and cinnamon are also added to local preferences. In Taiwan, many people directly spit out the red juice of the betel nuts on the roadsides, producing pools of red juice on the ground which could be an eyesore and even cause panic among newcomers.

Since then, betel nut stalls have been mushrooming on the north-south highways and roads in western Taiwan. Most of the customers of betel nut stalls are truck drivers who drive long distances or workers who do rough work on construction sites. Since the ingredients of betel nuts can stimulate sweating and salivation and achieve excitement, they are regarded as good fatigue-relieving supplements for truck drivers and workers who need a lot of physical energy.

When you drive through the north-south highway or suburban roads, and even in the streets and alleys in Taiwan, you can see neon light shining from a distance, which is more obvious at night. In the glass enclosure along roadsides, you can find a woman sitting on the chair, wearing revealing clothing such that everyone calls her “betel nut beauty.”

Though betel nuts are common in many Asian countries, betel nut Xi Shi(檳榔西施) or betel nut beauty phenomenon is distinctly Taiwanese. It mainly refers to young women who are scantily clad and selling betel nuts at roadside stalls. The reason why people call these young women “Xi Shi” is because Xi Shi is a legendary beauty of imperial China’s Spring and Autumn Period(春秋戰國), and it is also the name used to describe “beautiful woman” in Mandarin.

Although taking on the job of being a betel nut beauty seems to be a profitable one in Taiwan, there are some controversies surrounding this occupation.

The general impression of the public on betel nut beauties is that they are mostly slim girls wearing skimpy outfits to attract customers. Consequently, being a betel nut beauty is regarded as a sensational job that is decried negatively by a lot of people in the society. Nevertheless, behind the “nudity” marketing, there is also the sadness of exploitation in this occupation.

When it comes to his opinion about betel nut beauty, Kevin, who came from the UK, thought that being a betel nut beauty is just a job, not a career. Therefore, betel nut girls can have the chance to do other jobs. On the other hand, from Ng’s perspective, the reason why betel nut beauties exist is because there is a demand for such a job, and that these women are just ordinary people doing their job.

Pei and Liao, who are also betel nut stall’s owners, stated that they do not need to hire betel nut girls to help them sell the products, and it is fine for them to do the job by themselves.

The waning of betel nut beauty could also be reflected on the foreigners’ perspective on this occupation. Layla, who came from Vietnam, has been living in Taiwan for almost five years. She said that there are betel nuts served in Vietnam, especially at weddings. However, betel nut stalls in her country are fewer than those found in Taiwan, and they do not have betel nut beauties selling the product.

From his observation, Ng thought most of the people selling betel nuts in Taiwan are middle-aged women or male in Taipei. He also said that regardless of who sells the product, betel nut customers will always buy the product anyway.

View of betel nut beauties on their job

There are some luscious betel nut beauties who enjoyed their work and believed that the job of selling betel nuts is not a fall from grace. In fact, the reason why they wanted to be betel nut beauties was not just for survival or making a living, but for another cause.

Gonzo, a betel nut beauty who wore a red low-cut bustier at work, said the store where she works has only been in business for a year. She was fully aware that most of the people, who come to buy betel nuts, want to see betel nut beauties wearing skimpy clothes. As a stylist and art director, Gonzo enjoys spending her leisure time to be a betel nut beauty just to show off her sexy figure.

Unlike most betel nut stalls, the store where Gonzo works even has an Instagram account, wherein scores of photos of betel nut beauties are posted for promotion. Uki, the store’s owner, said that opening this store was a joke among her friends at first. However, business was good and Uki started to be a betel nut beauty herself too.

Besides selling betel nuts, demonstrating one’s body shape is also a showcase in this store. Furthermore, Uki is planning to interact with her customers through live stream. In a way, being a betel nut beauty has provided Uki with a stage to show her sexy figure to the customers.

In sum, despite government efforts to rein in this industry, some betel nut beauties have refused to bow out.

The Incentives in Medical Cosmetic Industry 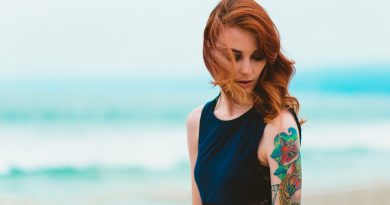 Ink and Iron: Body as a Canvas