The 2016 Christmasland was opened on Nov. 19, one of the series of activities to celebrate Christmas, which was planned by the New Taipei city government.

In the area around New Taipei City Hall, the buildings and trees were decorated with lights and Christmas elements, creating a Christmas kingdom full of romantic atmosphere.

The most attractive landscape was the new 3D light show, co-projected with 40 Christie Boxer4k30 Roadster projectors, which is put on every half hour from 5:30 p.m. to 10 p.m. This year the cartoon characters in the light show are still Santa Bear and Square-head Bear’s family who are dressed as Santa Claus. On the surface of the New Taipei city government’s building, the 6-minute light show presents the fantastic adventurous journey led by Santa Bear in the Milky Way and the candy factory.

However, many people don’t think the Christmasland is perfect and put forward their own recommendations. Mr. Xu（徐先生） said “I think they should change the music because the Christmas day is a peaceful festival. I prefer the gentle and soft songs.” And in some young people’s view, the giant Christmas tree isn’t as beautiful as they expected. “I think it looks like a huge asparagus. It isn’t a Christmas tree. And we won’t come to the Christmasland again,” said Miss Shen（沈小姐），who was accompanied by her boyfriend. And Miss Li（李小姐）feels disappointed with the dessert village. She said: “ I can’t understand why the dessert village has a fast food restaurant and other irrelevant things.”

Of course many people give a positive evaluation. “I come here every year and I think the Christmasland has become more and more beautiful,” said Mr. chen （陳先生）“The light show is my favorite and it’s very interesting.”

If you don’t care the comments and want to see the light show, maybe you can mark the Christmasland on your to-do list. 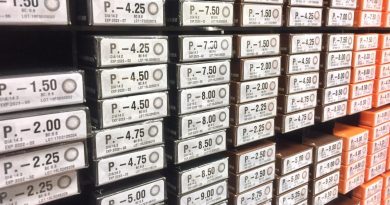