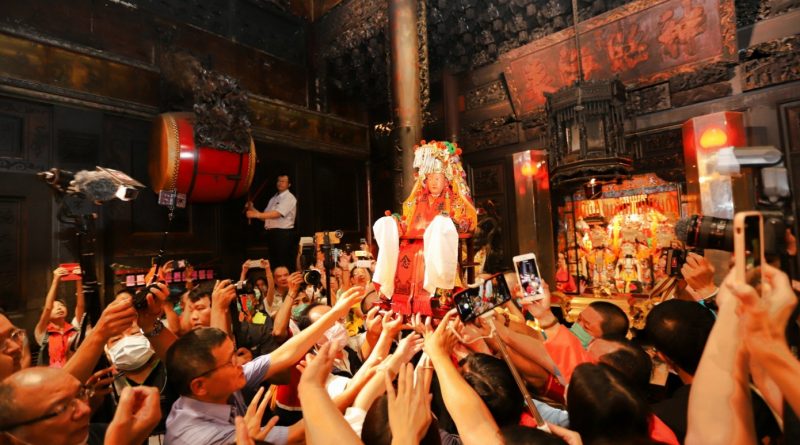 In Taiwan’s temple culture, incense sticks and joss paper are mostly used as a medium to pray to the gods, but the gas emitted could be a hidden danger to the environment. Thus, in 2009, the Environmental Protection Administration encouraged major temples to reduce incense and joss paper burning, as well as firecracker setting in hope of reducing air pollution and protecting people’s health.

However, this has triggered discussions on how to ensure both preservation of culture and environmental sustainability. In fact, with the increase in environmental protection awareness, more and more temples have gradually reduced the burning of incense sticks, and introduced more environmentally friendly incense sticks and paper money. In other words, these temples are striving to strike a balance between preserving the cultural traditions and protecting the environment.

The annual Baishatun Matsu Pilgrimage, held in April 2021, has set off a “Matsu fever” among people in Taiwan. This event has attracted 78,000 worshippers, the highest number recorded to date. As a  matter of fact, Baishatun Matsu pilgrimage has the longest historical record, the farthest distance with no fixed route, and is considered one of Taiwan’s most distinctive and representative pilgrimages. In this pilgrimage, sedan chair carriers and worshippers walked for about 400 kilometers back and forth. They set off from Baishatun Matsu Temple on April 11, and arrived at Chaotian Temple in Beigung, Yunlin on the 16th. The incense offering ritual lasted until late in the evening. In the evening of April 19, the pilgrims returned to the temple. Hundreds and thousands of worshippers joined the pilgrimage which lasted for 9 days and 8 nights. It was indeed a major event in Taiwan’s religious culture, as the Baishatun Matsu Pilgrimage has dated back to around 200 years ago.

Located in Tongxiao Township, Miaoli County which is originally a small fishing village surrounded by mountains and the sea, Baishatun Matsu Temple derived its name from the snow white sand dune landscape that characterized the place. Under the Qing Dynasty rule, most of the nearby residents lived by fishing, so the residents set up a Matsu statue to worship the goddess of the sea and even raised funds to build the Matsu Temple in the county.

Matsu Temple has a long history that dated back to 1150 AD. In addition to Matsu or goddess of the sea, the temple also enshrines many other deities, such as the Earth God, Avalokitasvara, and the Jade Emperor. Traditionally, when the worshippers come to worship, they will donate money to get a piece of joss paper. Then, each worshipper will light 9 incense sticks to worship in various shrines and take the joss paper to the ghost money burner behind the Matsu Temple and burn it to complete the whole worshipping process. Such tradition is distinctive in Taiwan’s temple culture, since most Taiwanese believe that the more temple incense burning, the more protection they could have from the deities. As a matter of fact, in 2014, Baishatun Matsu Temple burned joss paper for more than ten hours from 6 a.m. to 9 p.m. The noise, smoke, and emitted gas prompted protests from nearby residents who even set up “Overthrowing the Ghost Money Burner Self-Saving Association” in hope that the temples can get rid of the ghost money burner to ensure the health of nearby residents.

Chen Yi-jia(陳宜佳), manager of Air Quality Protection and Noise Control Department of the Environmental Protection Administration, said, ‘’Burning incense and joss paper, as well as setting off firecrackers will produce fine suspended particulates (PM2.5), which contain harmful components such as polycyclic aromatic hydrocarbons and heavy metals. Moreover, a large number of incense sticks and high concentrations of fine suspended particulates accumulated by burning joss paper can cause discomfort among people who suffer from tearing up and coughing.’’ However, the Environmental Protection Administration emphasized that it has no intention to interfere with religious and cultural freedom. It only aims to protect the health of the local residents by encouraging worshippers to burn less joss paper and burn only one incense stick. In doing so, believers can still pray for the blessings of the gods while reducing the impact of air pollution.

” We hope to reach a consensus with worshippers in upholding the traditional culture while ensuring environmental protection. We believe that with more propaganda, we can achieve our expected goal, “Chen said.

Zhang also believed that Taiwan’s religious culture has developed over a long period of time and is a precious asset. Every ritual vessel has a very important religious significance and function, thus it cannot be replaced. He reiterated that the government should not ignore the consequence of replacing these ritual supplies which will be prejudicial to destroying traditional culture.

Moreover, Zhang pointed out that Taiwan’s traditional culture has gradually been forgotten in this modern society. The believers hoped that these unique cultural assets so distinctively Taiwan will not fall victim to the promotion of environmental protection.

Many temples, including the fifty-three-year-old Xingtian Temple, which is located in Zhongshan District, Taipei City, agreed to the implementation of incense reduction policy. Xingtian Temple is a famous temple in northern Taiwan with many believers. In 2014, the temple took the initiative to remove the main incense burner and the offering table, encouraging its believers to “put their palms together in zen gesture in place of the incense stick. ” In other words, they were urged to honor the gods with a pious heart instead of burning incense.

As for the Environmental Protection Administration’s policy of encouraging the reduction of incense stick in temples which resulted in the friction between traditional culture adherents and environmental protection advocates, Xie, a staff from Xingtian Temple, said, “Government’s promotion of such policy has its purpose and significance. Different temples may have their own ways to show their respect. In the end, the gods will protect their believers. You just need to pray sincerely and it is really not necessary to be ritualistic.”

After much deliberation, the Ritual Association and the representatives of the temples have agreed to adopting measures to reduce the burning of incense. “In fact, many temples have voluntarily reduced the burning of incense and joss paper,” Chen, manager of Air Quality Protection and Noise Control Department Environmental Protection Administration, said. Moreover, many temples in Taiwan have begun to implement environmentally friendly firecrackers which can be         reused.

The smoke in the temple is regarded as a medium for communication between human beings and the deities. Burning incense stick is believed to have the power to pacify the believers. The policy of reducing the burning of incense has certainly caused controversy. However, with the awareness of environmental protection rising recently, temples and worshippers have now come to an understanding and have accepted the change in offering worship. If both sides can step back and seek a balance between religion and environmental protection, temple culture can be preserved while local residents can likewise enjoy good health in the long run which can be a win-win situation for both sides.

Fitness is a way of self-seeking 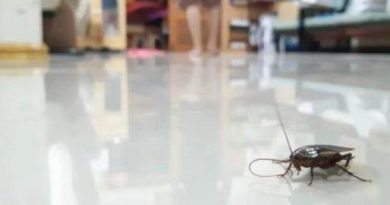