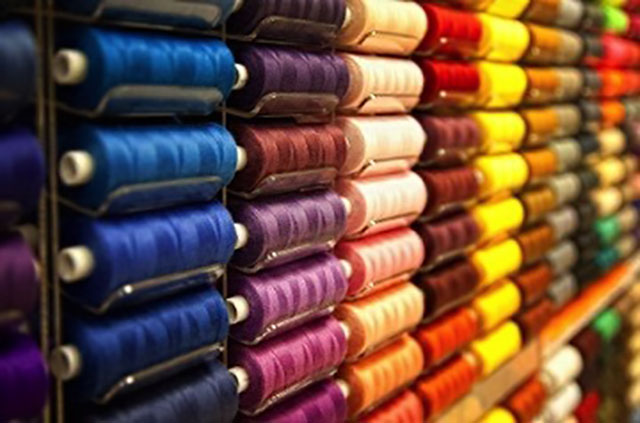 Taiwan used to be the biggest manufacturer of ready-made garment. However, faced with globalization, many of Taiwanese factories have moved out of Taiwan, settling in other low-wage and mass-production countries. Nowadays, clothes in the whole world are no longer simply produced – they need to feed consumer appetite. Besides, fast fashions also change consumer habits, affecting Taiwan’s textile industry.

“Fewer and fewer people go shopping on the street,” said Chen Yong-Chang (陳永昌), chief of Wufenpu Village in Taipei City. Chen indicated that E-shopping has gone vital, and clothes retail business in Wufenpu will gradually lose competitiveness. In addition, one third of clothes there are imported from South Korea, while those made in Taiwan could barely be found. In other words, Taiwan’s garment production chain couldn’t meet the company demand of quantity. According to Taiwan Textile Federation, Taiwan’s garment exports totaled US$9.9 billion in 2016, down 8.3% from 2015. Although Taiwan plays a main role in supplying the world with artificial fiber, most of Taiwan factories are mid-sized businesses which are confronted with plenty of obstacles. For example, without vertical integration of the supply chain, goods couldn’t be supplied as much as firms need. And lack of contingent valuation of products is another obstacle.

General speaking, Taiwan’s traditional textile industry is strong in the mid-stream of the supply chain, such as fiber, yarn, and fabric. After fabric, comes the final step in making clothes. In the beginning of 1970’s, Taiwan’s garment factories were chosen as Original Equipment Manufacturer (OEM), by the overseas market. As Taiwan’s economy took off, increasing wage levels brought down the garment industry’s advantages. Therefore, after 1990’s, profits of Taiwan’s textile business gradually dropped, and Taiwan was later replaced by China, Korea, Hong Kong, and other countries with lower labor costs.

‘’Taiwan’s traditional textile industry is strong in fiber, yarn, and cloth. The last procedure is ready-made garment, and usually, the profit of making a garment isn’t big. To date, in order to pursue high value-added products, few of Taiwan’s enterprises have transformed the last process of making clothing into others commodities such as vamp, chair back, air conditioning filter — all you can imagine that are made from textile,” said Chien Jean (簡靜梅), lecturer of fashion design at Shih Chien University.

The 2017 Taipei Innovative Textile Application Show (TITAS) is the most professional textile exhibition in Taiwan. It was staged at Taipei Nangang Exhibition Center in early October. It is expected to attract to 400 companies from around the world. The theme of TITAS is sustainable environmental protection, smart textile, and functional application. These three elements are the trend that consumers are demanding of innovative textiles all over the world.

Garment is not only for keeping us warm and comfortable, but also needs to meet different consumer requirements.  More and more Taiwan’s textiles have become sports functions-oriented on account of Taiwan’s fad of exercise, in particular sports underwear. Apart from an integral forming from fiber to yarn, much of sports underwear imported high-techs to fit human bodies or make clothing more functional, such as Makalot’s 360° of fitting, which utilized machine to exam different postures from 360 angles simulating product activity amount in order to harmonize people and underwear, making people do whatever they want while in motion.

Except sports, another advancement in technology is medical technology, which is on the cutting edge. For instance, when SARS broke out in Taiwan in 2003, many people died from the disease, leaving their infected bodies and causing medical staff a big headache because of traditional Chinese idea about death —bring the family member to me, no matter dead or alive. Hence, how to keep the corpse complete in a body bag without spreading the virus was a big problem. Using medical textile technology, most of the body bags were capable of isolating the virus and keeping the bodies simultaneously.

In addition, when it comes to medical technology, elders and infants are the main consumers of this functional clothing, who look forward to having technical functions like temperature monitoring and physical protection. Once we combine medical-tech cloth with smart textile, which is able to receive body signals, we can connect them via applications. These kinds of shirts can monitor your body and remind you of how your body is doing at all time.

These days, fast fashion is in power, but it manufactures quite a lot of fashion junks, also called “Trashion’’. Though fast fashion is limited by budget, it has to produce a wide variety of style clothing, and keep few shirts in stock, so that it is able to change and follow the trend over and over again. As a consequence, when a new season comes, those that were in fashion will certainly be abandoned.

In the process of making clothing, the last useless cloth amounts to 15%~20% of all cloth, in some case even exceeding 30% due to the old pattern design, according to Industry and Technology Intelligence Service (ITIS). These fashion junks will pollute the environment and have been ignored by the majority of people. Up to the present day, there are a few designers and companies who are devoting to environmental protection or thinking about how to cut down the norm for wasted cloth.

Although Taiwan doesn’t produce cotton, our textile industry keeps the resources of plastic in hand and we do possess advantages in environment protection. In 2007, the rate of recycled of porter bottles was up to 100% from the previous year, with four billion of bottles being recycled. Recently, almost all the Taiwan clothes suppliers make use of bottle-recycled fiber.

For example, Formosa Tafferta is the first company in Asia to import Bluesign production-system, which is qualified for eco-friendly, healthy, and security development of recycled polyester fabric, contributing to energy saving and carbon reduction. However, aesthetic perception always conflicts with ecology-friendiness. Thus, lots of efforts still have to be made to improve appearance of clothing.

Taiwan exports US$14.4 billion worth of yarn per year. Stunningly, the artificial fiber accounted is for US$12.2 billion, or 75.1% of yarn exports. Most of fiber has been used for sportswear. As a result, Taiwan becomes vital supplier of functional textile in the world, such as sports brand Under Amour, one half of whose cloths are from Taiwan. Other outdoor brand like The North Face, Columbia and Salomon also see 8% of their cloths originating from Taiwan, according to Taiwan Textile Research Institute (TTRI).

Though Taiwan no longer produces that much garment, we do have mature up-stream textile industry. As long as Taiwan figures out how to integrate all textile industry into one-step production and let made-in-Taiwan (MIT) clothing recover, Brands in Taiwan are likely to grow. Take companies of Taiwan like Lativ for example, although Lativ doesn’t have the ability to produce shirts, it cooperates with Makalot, which is the leader of Taiwan garment industry, to reach complete integration. Such cooperation not only makes sure the clothing quality, but also creates common economical benefits.

Why is integrating textile industry into one-step production so important? Because it would make the down-stream businesses more flexible. Since recent years, manufacturing is not just for producing clothes, but also for satisfying customs needs.

Taiwan’s factory used to blindly seize low-cost production, though it did not work for Taiwan at all when developing a business strategy. Today, only developing a mature and perfect supply technology can lead Taiwan’s textile and garment manufactures to success.

All in all, the problems in Taiwan’s ready-made garment industry is lacking of brand value, incapable of forming a clothing supply chain, and unable to integrate textile industry into one-step manufacture. In the future, world clothing fashion will be eco-friendly, smart, and functional. Taiwan could promote product differentiation, not only seizing fast fashion but also enhancing clothing function for the sake of adding value, so that our garment industry will be more competitive.

On top of that, Taiwan always has outstanding textile talents and distinguished designers in textile industry. Converting Taiwan textile down-stream industry from OEM into Own Designing and Manufacturing (ODM), even Own Branding and Manufacturing (OBM), will give Taiwan’s garment industry a bright future. Also, by integrating Taiwan textile and garment into one-step manufacture through Business to Business (B2B), its outstanding professionals, products, resources, information, to name but a few, could create a win-win situation for Taiwan’s textile industry. 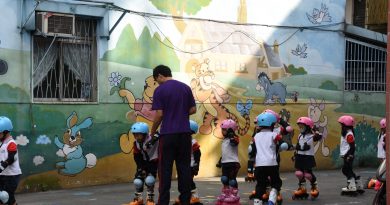 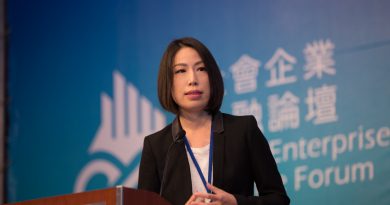 The most important meaning of Gap year