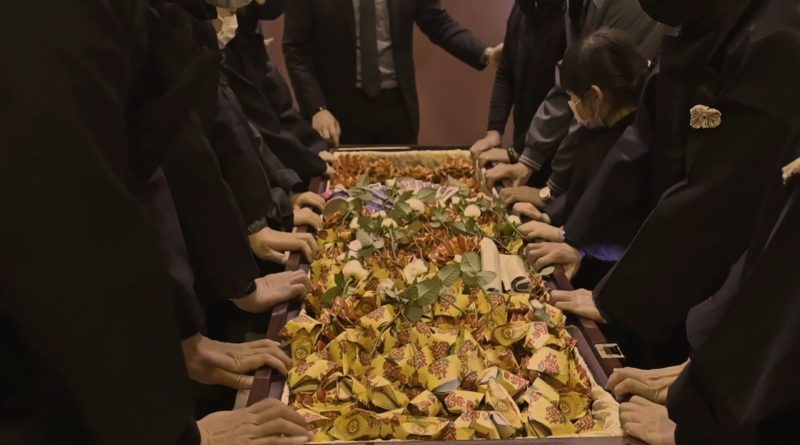 In Chinese culture, death is often regarded as a taboo that should not be discussed openly. When a family member passes away, it is inevitable for the whole family to be overwhelmed by grief. Fortunately, there is a group of people who arrange the funeral for the deceased as soon as they receive the call. Not only will the funeral directors make all necessary arrangements, they also accompany the bereaved family through their difficult times. In sum, funeral directors are the organizers of the funeral, helping the bereaved family to observe the rituals which provide comfort for the survivors.

“People die without warning,” said Shu-Xuan Chen, who has worked as a funeral director for more than ten years. He is now the CEO of a funeral agency which receives many favorable comments on the internet. Being the contact person who accompanies the bereaved family members through the mourning period, his main job is to arrange and plan the whole funeral process.

From the transport of the deceased, providing a hearse to take the body to the crematorium, and chanting sutras during farewell ceremonies, funeral directors like Chen arrange the entire funeral. At the same time, they also provide customized services for the bereaved families with different religions and needs. In addition, Chen believed that customs associated with the funeral should be explained to the bereaved family.

He said that certain customs in the funeral process, such as “zuo cih sheng(作辭生)”, or the last farewell feast prepared by the family before the deceased to be put into the casket are important. In fact, this farewell feast includes twelve dishes of six meat and six vegetarian dishes. Other custom like “fang shou wei cian (放手尾錢)”, meaning to pre-place the coins in the pockets of the deceased which symbolizes the deceased’s love for their descendants, as he or she leaves the descendants with some money. These are some of the customs that the general public is not familiar with. Therefore, it is the obligation of the funeral directors to explain them to the bereaved family.

When it comes to how one can become a funeral director, Chen said that not only does he need to obtain a Level C technician license for funeral service, he also needs to take twenty course credits, which will take about two to three years to complete. “Since I entered the funeral industry before enrolling in the courses, it’s easier for me to pass the test because I already know what to do,” he said.

As for the content of the Level C technician for funeral service exam, he mentioned that it includes writing obituaries, setting up the triple trellis, emceeing funerals, and washing and dressing the deceased to prepare their body to be laid out. Chen specifically described the details of the makeup of the deceased in the test. On the day of the examination, he would have a friend or a model come to the test room, and be asked to lie on the bed so that Chen could do the makeup. “The key point is sanitation. I always wear protective clothing and gloves to avoid infection. Whether the deceased looks good or not is quite subjective,” he stressed.

Chen believed that the most difficult part of being a funeral director is the irregular working hours and the need to be on-call 24 hours a day. Cases he often received are people who died in accidents, thus he is required to stitch the deceased. He commented, “Since I am helping people, I need not be afraid! Just think about the fact that when your family is lying there today, how would you want the funeral director to treat them?”

As for the darker side of the business, he said he had suffered from discrimination from people who frown on his occupation. Chen said, “Frankly speaking, there were a lot of gangsters working in this business thirty or forty years ago, no wonder people look down on funeral business.” He said confidently that nowadays, funeral directors who are well-trained and educated wear suits when they are at work which has changed people’s impression. He believed that the funeral directors have already gotten rid of the negative impression and have gained respect from the public.

“To be honest, I’ve been in this industry for more than ten years, but I haven’t encountered any supernatural incidents, though there have been some inexplicable incidents. Once I had high fever which didn’t go away even after going to see a doctor. But the fever was gone as soon as I went to a temple for exorcism,” Chen shared. He stressed that the supernatural incidents of which the public often talk about are just rumors. There is no such experience among funeral directors. As for “haunting” incidents, Chen believed that this is difficult to explain scientifically and is difficult to prevent. He speculated that it may sometimes be caused by the weak magnetic field of the human body.

Talking about his deepest reflection in this job, Chen said, “Death is the great equalizer. We are all the same at the end of our life journey. We can’t decide the length of our lives, but we can decide the width of our lives.” He thinks that everyone should work hard and enjoy life to the fullest, leaving no regrets.

In addition, he has become more empathetic and even learned to put himself in his client’s shoes. “After the funeral, you will know everything about the bereaved family, whether the relationship among family members is harmonious or not, their occupation, and even the amount of property they have inherited,” Chen said. Sharing his own experience, Chen said he accidentally discovered his friend, whose family member passed away, actually had a sister who was suffering from polio. This also made Chen realize that everyone has their skeleton in the closet.

As for the impact of the pandemic on the funeral industry in Taiwan, Chen pointed out that in addition to the increase in confirmed deaths due to the coronavirus being an infectious disease, the deceased need to be transported directly from the hospital to the crematorium for cremation. Thus, family members cannot participate in the process of cremation or see the deceased for the last time. As a result, the funeral director will use mobile phone video calls or take pictures of their remains for the bereaved family.

Funeral directors, engaging in the undertaking business and helping the bereaved families bidding farewell to the deceased, should be given the due respect in society. Though they are involved in an enterprise few know anything about, the bereaved families will certainly appreciate their services as saying goodbye to a family member who has passed on is never easy. 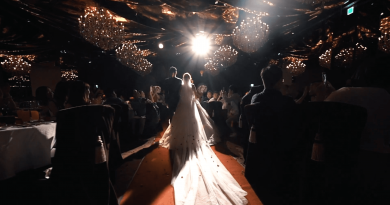