With the development of science and technology, Artificial Intelligence (AI) has evolved rapidly. The application of AI can be seen in all fields and the media industry is no exception. CNN affiliate Maeil Broadcasting Network (MBN), a South Korean television station, debuted with a prototype AI anchor. This AI is a replica of anchorwoman Ju-xia Kim (金柱夏) which copies everything from her look and facial expression to the sound of her voice. Though flawless in all aspects, it triggers heated debates among netizens who grasp with admiration at the scientific and technological progress, while at the same time, they are worried about whether AI will eventually replace most of the work done by human beings.

According to Hsin-Yu Chiang (江信昱), assistant professor of the Department of Information Communication at Shih Hsin University, with the emergence of AI, there is a great chance for the news industry to return back to its pristine state of innocence, that is to say, the news reporters don’t have to pursue the Cost Through Rate (CTR), which is a metric that measures the number of clicks advertisers receive on ads per number of impressions and the ratio of users who click on a specific link to the number of total users who view a news or advertisement. In this way, media can have more chances to foster talented reporters who are adept at writing in-depth reports.

In addition to AI anchors, AI is also used in various ways in Taiwan’s news industry, such as “automated listening” (自動化聽打) that is used by trans-editors in Central News Agency (CNA) to help them grasp the content and sort out the core news from a jumble of background information in no time. Moreover, Taiwan AI Labs uses an AI software dubbed “Copycat” (記者快抄) that can summarize, fill in and generate news. It is widely used to ensure the efficiency of news production. Moreover, the main work content of the “AI Intern Reporter” is to follow popular articles on the PTT and rewrite them into news drafts to alleviate the workload of the reporters. Although most of the articles that it produces use specific terms and its writing mode is standardized, using AI has nevertheless successfully become a trend in news production nowadays.

Ethan Tu (杜奕瑾), founder of Taiwan AI Labs, mentioned that an AI Chatbot, named Tay, was developed by Microsoft in 2016. Since the technology of AI was not mature at that time, it compiled all vulgar and discriminatory words and caused the project to be suspended. However, after being refined by the engineers, this AI has the ability to filter discriminatory words. Therefore, Tu likened AI to a child who needs to be taught in order to distinguish fair from foul. Moreover, Yi-wei Chen (陳亦偉), who works in the Compilation Department in CNA, said that because of prompt transmission of the news, misinformation can be passed out easily. Thus, disseminating real news becomes even more important. As a result, many fact-checking organizations of the news agencies tend to use AI to assist them in verifying information in the news.

AI, which aims to assist journalists in fact-checking the news, has thrived in Taiwan. In fact,Taiwan FactCheck Center (TFC) collaborates with the Institute For Information Industry to introduce AI into the field of fact-checking while developing a “fast screen platform” (快篩平台) to detect bogus information. With the popularization of the network and social platform, the spread of fake information cannot be underestimated. Summer Chen (陳慧敏), editor-in-chief of Taiwan FactCheck Center, mentioned that one of AI’s functions, which is called “Grouping”, can classify information according to available statistics and analyze collected data. With this function of the AI, the verification team can detect and screen all the prevalent rumors on the Internet on a specific day, and then coupled with the investigation of human reporters, the authenticity of the news can be ensured.

In Tu’s opinion, truth is often difficult to distinguish due to the limited capability of human beings. Moreover, with the diversity of social media nowadays, information can be easily controlled by people with bad intentions. These people may use a great number of fake accounts to guide public opinion. Worst of all, general users are often unaware of the imbroglio behind the truth. Tu added, “To solve this problem, Taiwan AI Labs has set up a website called Islander, which observes news from 24 domestic electronic media.” On top of that, both social online forums, PTT and Line Today, offer diverse messages and sources to the readers, encouraging them to have an across-the-board reading. When the readers acquire independent thinking, they can avoid misinformation, and only then can truth prevail.

Citing a case of using AI to find out the truth, Tu mentioned that in April 2020, there was a news report that prompted heated discussions in Taiwan about Tedros Adhanom Ghebreyesus (譚德塞), director-general of World Health Organization (WHO), who publicly accused Taiwanese netizens of attacking him personally. Tedros claimed that there was discrimination against his ethnicity on the Internet. To find out the truth, Tu said that AI Labs analyzed the discussion which Dr. Tedros alleged that the Taiwan media had been using AI that included Twitter, Sina Weibo, etc. At the same time, AI Labs also raked news reports from various domestic media, and eventually found out that during that time, local netizens didn’t even make any comments which Dr. Tedros has claimed.

“Wherever you go, you will always leave a trace,” Tu said, referring to the “digital footprint” left on the Internet that can always be traced. All AI does is to read the bulk of information for human beings to finish the mission impossible. Tu believed that social media is not as rigorous as traditional media, which means the responsibility does not necessarily lie in what the platform has published. However, social media has become the main source of information for people nowadays. Therefore, it is more susceptible to manipulation of certain people who launch “cognitive warfare” (認知作戰). In this case, AI helps to distinguish statements that are extreme and provocative as it collects all the proof and eventually helps Taiwan to be freed from sin at last.

For the sake of immediacy when dealing with breaking news from abroad, CNA’s Yi-wei Chen said that reporters will use automated listening (自動化聽打) to assist in the compilation of news. He believed that even though AI can shorten the working hours effectively so that the media industry can produce news fast, trans-editors should not totally trust AI’s translation, because AI could produce an incomplete article and even mislead the audience’s perception. In this regard, Chen explained that in the process of translation, trans-editors must consider the context, and see if the article is logical and fluent or not. In other words, the judgment of human trans-editors is pertinent to ensure the quality of the translated news.

Moreover, Chen stated that if humans can cooperate with machines, both can complement each other and maximize the benefits. She believed that more and more fact-checking agencies are now ready to provide technological assistance. Not only can people detect the truth through AI, they can also verify the news reports with the help of AI. Readers can likewise upload the information which they received on social platforms, and compare it with the written reports that are published by Taiwan FactCheck Center. Through human-machine cooperation, rumors can be detected, and this breakthrough can in fact become a showcase for Taiwan.

Tu also believed that in the near future, machines will be able to detect more details in almost everything much better than human beings. Microsoft, Facebook, and other technological companies in the Partnership on AI organization have cooperated with the academic field to hold the “Deepfake Detection Challenge,” using the “cat and mouse” game rules to break Deepfake videos. This type of video creates confusion by passing out spurious news which looks real. It is indeed difficult for human beings to distinguish, so robots must be used to find the flaws. Tu explained that once a foreign research team has successfully used medical oximeters to identify human faces in the film, successfully distinguishing true from false by observing the “beats” produced by the heartbeat and blood flow.

With AI becoming increasingly popular, the dimension of its impact in the news industry will continue to exist. However, it is now widely believed that machines still have difficulty to completely replace human beings. Tu said that AI is just like a house cleaner while human being is like a mother; though a mother’s work cannot be compared to that of AI, she is still irreplaceable because of the love and care she has given to the family. Today, AI is mostly used in repetitive and routine work since there are some unique human characteristics that robots can’t emulate. To sum up, fact-check and other AI services that are available in the news fields will certainly become the norm in the near future.

What is clear for the present is that AI does have a place in the news room here in Taiwan and elsewhere in the world by helping the reporters save time and money and increase speed and efficiency so as to help human journalists keep up with the ever expanding scale of global news. Journalists are thus advised to develop skills that make them better at making in-depth analysis, doing investigative reporting and conducting good interviews, since AI, at this current stage of development, cannot accomplish these tasks with consistent quality. 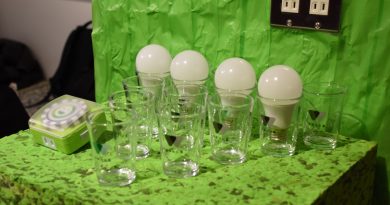