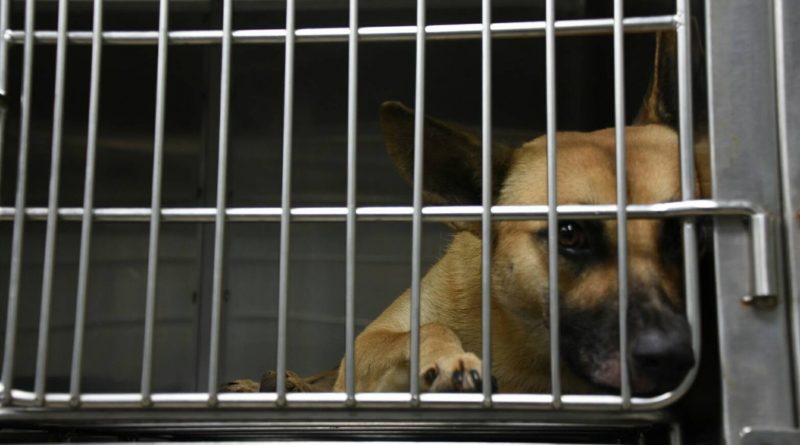 TNVR is the most humane way in the current situation. photo/ Chong, Cai-rong

A movie named “Twelve Nights” which was produced from dogs’ perspective about euthanasia in 2013 led to a zero euthanasia policy in Taiwan, causing animals’ shelters to be fully packed. The government set out to TNVR (T- trap, N-neuter, V-vaccinate, R-return) stray animals. But the policy seems to be incomplete, as it can’t solve the problem.

Generally, there are three kinds of stray animal: abandoned, lost and stocked. In order to solve the problem of stray animals, in recent years the government also promotes the “stray dogs and cats TNVR”, “animal protected education” and “adoption instead of purchase” programs.

However, while the government has executed TNVR policy for quite some time, it still does not have a clear-cut set of measures on TNVR since some people don’t agree to put back stray dogs after ligation.

Trap-Neuter-Vaccinate-Return (TNVR) is a program in which free roaming animals are humanely trapped, neutered, vaccinated for rabies and other feline viruses, microchipped and then returned to their outdoor home to live out their lives. TNVR involves a caretaker who provides food, adequate shelter and monitoring of stray animals’ health. TNVR has been shown to be the least costly and most efficient and humane way of stabilizing community and feral, outdoor stray animal population.

Although TNVR can help stop unnecessary reproduction, “not every local government is using the same way to solve the problem and nor do all support TNR. Since it has become an official policy, it will be difficult to define the responsibility of accidentally releasing dogs in the street. TNVR is the most humane way in the current situation,” said Huai Sheng club leader (台大懷生社社長), Huang Yi-jing (黃意淨).

’Huai Sheng’ club (懷生社) was established in 2016 by students of National Taiwan University. In the past, they used to ligate stray dogs. Now they have cooperated with the New Taipei County Government’s Epidemic Prevention Department, and will make home visits regularly and help animals to find adoption homes.

The financial crisis of HSAPF

Help-Save-A-Pet Fund (HSAPF財團法人流浪動物之家基金會) runs an animal shelter, which has 700 dogs. Though the shelter has enough manpower to clean the environment that are divided in blocks, private foundations are not supported by government budgets.

Gao Chen-jun (高晨鈞), the head of HSAPF, said, they spend about NT$2,000,000 per month. As people usually donate to religious groups and other chronic illness foundations first, most donations have gone to major foundations, and Legal Animal Foundation often runs into financial difficulties, and they can only raise money by soliciting corporate sponsorship and holding events.

Because of the zero euthanasia policy, animal shelters become crowded and Taiwan government has to pay lots of money to take care of them. Compared to source control, the Council of Agriculture (COA農委會) is still inclined to increase animal adoption to reduce the number of animals in shelters. In fact, Taiwan’s adoption rate is too low, so the policy is not really effective at all.

The vet of New Taipei City, Simon Chien (簡柏銓) said, “to keep animal shelters being over-crowded, the government should urge people to adopt stray animals during the intermediate time, and to educate people to have responsibility for pets is also important. If pet owners can’t afford pets, they should give their pets to another loving owner instead of just dropping them to animal shelters or on the street.”

Stray animals wandering on the street for a long time may become fierce animals. Not only will this deprive the perception and security of our community but also have a bad influence on public sanitation.

However, not every stray animal is aggressive. Some of them can be domesticated in friendly circumstances. If stray animals still behave aggressively, they will be sent to the local animal shelter, said Simon.

But many people still prefer to have a pet from pet store with lovely identity instead of animal shelter because they are afraid that the animal from the shelter may be ill, and this is the reason why adoption rate is so low. To improve this, Simon Chien suggest that ranking stray animals into different personality, setting health reports including blood sample and x ray for stray animals may increase adoption.

And if people want to buy animals, there are also many legal breeding houses.

According to Animal Protection Act Chapter 4-1 on Management of the Pet Breeding, Trading or Fostering Industry Article 22, “Any person who operates the pet breeding, trading or fostering industry of specific pets for profits shall apply for a license to the municipal or county (city) competent authority and obtain the business license pursuant to applicable laws before such operation. The kind of specific pets as well as the qualifications, facilities, full-time staff, application procedures, expiration and renewal of the license, grounds for revocation or abolishment of licences, the pet breeding process and other management regulations to be complied with for the person who runs the pet breeding yard, trading or fostering industry referred to in the preceding paragraph shall be stipulated by the central competent authority.”

Actually, legal breeding houses have regulations about breeding quantity and keeping records, and are to be checked by government regularly, in order to improve the breeding house’s negative impressions to the public.

Collab with the gov’t

Regarding the budget of the shelter, “because there are divided into public and private shelters, the government will allocate budgets to public shelters. As for private shelters, they may be able to raise funds themselves and give lessons,” said Chen Yuan-cyuan (Chinese name?). But the government puts a lot of efforts in taking care of stray animals, and gives sufficient funds to support all expenses by law.

Ms. Ye (葉), a former professional in the design industry, now operates a pet friendly cafe called “Piglet friendly café” in Gongguan (公館), Taipei. The dogs in her shop were adopted from a hospice. She has a special sympathy for stray dogs and she has made many donations to anti-abuse associations, hoping that can help more pitiful stray animals.

She hopes that the public can support TNVR — the most effective way to reduce the number of stray animals.

“After I adopted Ah-niu(阿牛), I want to do more for stray animals,” said Ms. Ye with love in her eyes while speaking to Ah-niu. “So I opened a stray dog friendly cafe, hope to provide owners and pets a comfortable environment. And I also promote to the guests the idea that ‘adoption is better than purchase.'”

Ye says animal-friendly cafes not only allow pet owners to communicate with each other, but also allow people to better understand animals, thereby increasing their willingness to adopt.   However, the operation of a friendly cafe isn’t an easy work. In addition to understanding the needs of pets, the store also has to abide by the pets convention, in the hope that keeping pets leashed will prevent pets missing or dirtying the environment. Ye cleans up her shop after closing, doubling the use of detergents, hoping her clients can enjoy a good atmosphere while enjoying the meal. If a customer had his pet leaving droppings behind, he or she would be fined NT$100.

“Never betray our love of pets, because we’re their whole world,” Ye said, calling on the public to adopt more big-sized dogs and give them more opportunities to survive.

What is the problem of labor law in Taiwan?