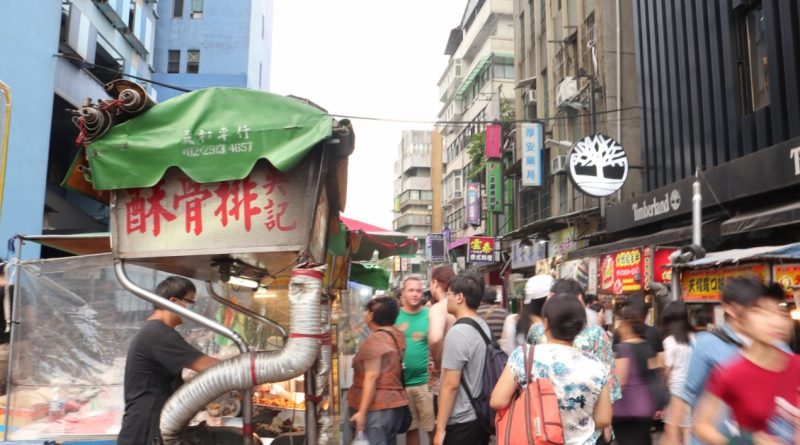 In lawsuits of food safety, all of victims are consumers, and they are just like a heap of loose sand. Photo／Hsiao Chih-lin（蕭芷琳）

Over the past few years, Taiwan has been rocked by as many as 160 food safety issues, beginning with foods tainted with plasticizer (塑化劑) and leanness-enhancing agent (瘦肉精) , followed by tainted oil (黑心油) and most recently toxic eggs(毒雞蛋) .

After the tainted oil issue, some people not only noticed the food security problem but also were aware of food additives, but most of the people still have not paid much attention to food safety in spite of the news storm.

Foods are insecure, and even the old brands can’t be trusted and the GMP signs are shaky.

Food safety issues can be traced back to 1979, when the problem of tainted rice oil (米糠油) erupted. Because of ruptured pipelines, polychlorinated biphenyl (多氯聯苯) sept into the rice oil in the process of manufacture, endangering students and teachers’ health at Huei-Ming Home for Blind Children (惠明盲校).

Recently, more food safety issues than before have been hitting Taiwan. For example, plasticizer is one of the most important issues in 2011.  It broke out as inspectors found it in probiotic (益生菌) products and later found it was creeping into a wide range of processed foods.

Although plasticizer is more convenient than palm oil, it harms our health with toxicity to reproduction (生殖毒性) — by reducing the number of sperms in males — and increases the risks of cancer.

The most recent food safety issue concerns toxic eggs. On August 22th, eggs from the farms in Changhua(彰化) were detected to contain excessive fipronil (芬普尼) – a pesticide which normally is used to kill the fleas living in animal’s skin, but is banned in edible economic animal(食用經濟動物) because it could threaten our liver, kidneys and thyroid(甲狀腺).

According to Chart 1, in 1980s and 1990s, there were only 10 food safety incidents. And in 2010s, there were up to 95 of them. One of the reasons why such incidents surged is the growing technology of food inspection. For example, plasticizer-tainted food incident did not break out until an inspector found an unusual wave during an inspection of probiotic food.

Chen Shi-qin(陳世欽), the chief consumer protection officer (消保官) of New Taipei City, said that Council of Agriculture (COA農委會) officials are not satisfied with the test standard in the toxic eggs problem, because 5ppm is the lowest amount which can be inspected, and they hope it can be stricter in the future.

And then according to Chart 2, processed food is the most serious food safety issue because of food additives. Chen said, ‘’I think that all the foods we eat are not safe.’’ He also said, you use NT$16 to buy a bottle of tea. After deducting the profit, and packing and shipping cost, you will find out that a bottle of tea’s initial cost is lower than NT$5. “When the ingredient cost is so low, do you still think it’s a ‘real’ tea?”

We all know it isn’t real, and it’s full of food additives, but we still choose it because of its price and convenience, and those are the major villains of food safety issues in Taiwan.

Take the tainted oil (黑心油) problem for example. We probably think it only appears in night market, but it is also found in Ting Hsin group (頂新集團), the leading food company. So the tainted oil crept into processed foods and night markets, and even many restaurants were caught up in this food safety scandal.

Another reason for dangerous food is politics—geopolitics, to be more exact. For example, the problem of leanness-enhancing agent in American beef is totally a political one. In 2006, Council of Agriculture (COA農委會) regulated that leanness-enhancing agents such as ractopamine couldn’t be detected in meat, but WTO set a standard of 0.01 ppm for ractopamine(萊克多巴胺). Americans used the WTO rule to sabotage Taiwan’s zero-tolerance policy, forcing Taiwan to import ractopamine-tainted U.S. beef.

Taiwanese farmers and the general public’s dissatisfaction with the government stance on ratopamine led to a chain of protests, but in 2012, the Department of Health (衛生署) still lifted the ban on the import of ractopamine-tainted U.S. beef.

In short, the easygoing management of government and unscrupulous vendors are a big problem aggravating food safety and threatening consumer rights.

But what does that standard mean? Will it harm my health if I eat too much food additives?

Chen said, ‘’A food sanitation staff told me that the standard of food safety is very strict. Even if you eat many kinds of food additives that are legal, it won’t endanger your health.’’ But he also said that the standard is safety for healthy people –chances are that it will cause harm to unhealthy people.

During the storm of food scare, people are afraid to be the next victim, so they often asked questions about the ingredients.

Vendors, in order to make the customers feel safe, also keep close tabs on the quality of the food and are more cautious about the choices of ingredients in the meantime.

But after the storm, people seem to care more about the flavor and the prices of food.

In 20110, the government authorized the Food and Drug Administration (食藥署) to deal with the powdered milk scandal in China, but in the plasticizer scandal, FDA became an incompetent agency owing to a shortage of staff and budget.

In 2014, The Executive Yuan (行政院) authorized a team of food safety inspectors to meet the daily needs more cautiously and ensure food safety for the people.

Government efforts aside, there are many lawsuits regarding food safety. Chen Shi-qin said, ‘’If you take a closer look at any litigation about food safety, you’ll see that it’s hard to find a victim.’’

For instance, the plasticizer crept into a large variety of drinks. But after you consume it, you won’t have an obvious symptom such as diarrhea.  So it’s hard to tell if the toxic food additive really does harm to your health, and it may make people think that the court has been sympathetic toward unscrupulous vendors.

According to the amended Act Governing Food Safety and Sanitation, ‘’In the event of difficulty for consumers to provide or inability to provide evidence to support the actual amount of damage, he/she may request the Court to determine the compensation in the amount between NT$500 and NT$300,000 for each case of damage per person based on the circumstances of such damage.’’

Does tainted food really cause damage to customers?

So far there have been no cases of actual sickness or injury directly related to the plasticizer scandal, so the food safety issues overall are just about the food manufacturing companies violating food safety regulations.

Though the Ministry of Health and Welfare (MOHW衛福部) should take the responsibility, they think that the problems between entrepreneurs and customers shouldn’t be solved by the health authorities.

Which means, at this time, the chief consumer protection officer will do his job. First, he will try to seek a settlement with the unscrupulous companies. But if the company refused to help the consumers, then he will help the consumers to find the consumer organizations that are willing to bring claims on behalf of consumers by filing a class action lawsuit. Moreover, he will also reveal the information to the media.

At least 20 people are needed to file a class action lawsuit, and the lawyer will be hired by the consumer organizations.

Meanwhile, the government amended the law to deal with food safety issues.

For example, because of the plasticizer-tainted food incident, the amendment which was passed by the Legislature Yuan has raised the maximum fine from NT$300,000 to NT$6,000,000.

Taiwan has a problem, and it’s not just the government

If you take a deep look at the food safety issues, you will find the root causes are actually the malpractices of society as a whole, plus the government’s policy and the businesses’ greed.

In the age of rampant food processing, it seems that a large amount of attention and examination would bob up after some food additive problems occurred.

Nevertheless, people ignore the importance of food safety until damage has been done to their health.

Since we need to eat food every day, the government plays an important role in supervising food safety.

However, increasing penalties and punishments are only a temporary solution to food safety problems. Therefore, the government should focus on supervision of the food companies and factories, and increase inspections to ensure no laws and rules on food safety are broken.

In conclusion, it is crucial that citizens should also be aware of choosing safe foods. We have the right and responsibility to choose the right foods and stop the problem from getting worse. 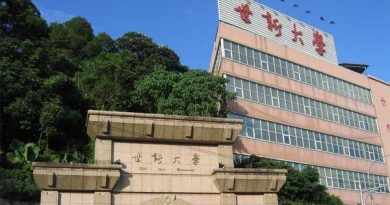