Live streaming（直播）has become a trend and a platform for people to spend and make money. A fortuneteller Kayo-Kimo （凱佑•秦沐） joined UP live four months ago. Since then, he has accumulated over 1 million followers and has earned over NT$60,000 per month.

Kayo said, “I didn’t expect that much. I first tried the live streaming function on Youtube and then the company (UP live) came to invite me to be a host on the forum. And surprisingly I got a really good outcome. ” He said that live streaming acts as a virtual channel to the consumers. As UP live is a public forum, people tend to look for his shop concerning private issues. As such, not only is he successful in UP live, but also in his hosting career.

Live streaming application enables users to be a member of audience as well as a host. The popular form of live streaming is young ladies casually talking, singing and dancing in front of personal computers or smartphones. The critical point lies in the fact that audience can give out virtual coins to the hosts that they like. And of course the audience need to pay genuine money for the virtual currency, and what the hosts receive can be real money in a sum of commission contributed to the company. Kayo has once received NT$80,000 in one day. User Chen（陳先生） said that the system is designed to be so convenient that users don’t need to go to the convenience store to buy virtual currency –  they just need to pay directly via WeChat pay or credit card, which helps the audience to spend on virtual currency.

Kayo believes that the crucial point for his success is that he is unique – users can’t find another host who offers Thai-style fortunetelling service through live streaming. He complained that it is unfair as females can easily get much attention when wearing sexy clothes but do nothing while males need to demonstrate real talents if they want to catch attention.

Kayo is comparatively different from the other hosts as fortunetelling is a talent and a constantly, regularly live show. That is why he can keep a regular base of viewers. He divides his live broadcasting into three parts: commenting on the overall luck of every horoscope, answering questions and giving suggestions to the first ten audience members. The first ten are chosen on the order of giving virtual money, but he hasn’t set a basic amount of it, which means even if users give a small amount of money, once they are in the top ten, they have the opportunity to ask questions.

“Everyone will be famous for 15 minutes,” said Andy Warhol （安迪·沃荷）. Live streaming application is undeniably offering a platform for ordinary people to perform and get famous. Simultaneously it also offers opportunities to businesses. However, if all hosts are just wearing sexy clothes and persuade the audiences to give money to them, it’s certainly not a good phenomenon and does not help to improve  society and the world. Therefore, monitoring the quality and content of live streaming is also a vital part of the new trend.

The Incentives in Medical Cosmetic Industry 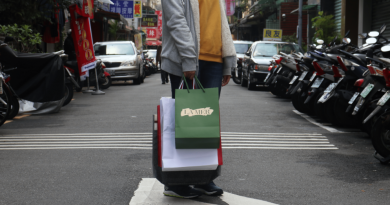