After Tsai Ing-wen became the president, her government has been working hard to promote the New Southbound Policy, which is aimed at increasing economic and trade exchanges between Taiwan and Southeast Asian countries. In order to expand the tourist market between Southeast Asia and Taiwan, the government has made great efforts. The policy requires many reciprocal measures, however, and there are still many problems.

Tourism is one of the vital soft powers of Taiwan. The government has promoted tourism for a long time. Under the New Southbound Policy, the authorities hope to attract much more Southeast Asian tourists to Taiwan. According to Taiwan’s Tourism Bureau, the number of tourists from Southeast Asia has increased year by year. There are three main aspects of the tourism policy: subsidize the tour leader and tour guide with Southeast Asian language abilities, grant visa-free treatment to some countries, and jointly develop tourism industry with partner governments.

Nevertheless, the policy has achieved only limited results for the travel agency operators. Lin Zi-yun（林紫雲）of the Lion Travel said, tourism could be classified into two parts, “Inbound and Outbound.”(入境與出境旅遊) It seems that Southeast Asian travelers love to travel by themselves instead of joining the tourist groups. As a result, travel agencies could hardly benefit from the policy. Lin also said that, tourists from Southeast Asia usually only travel in cities, especially in Taipei city. It’s because that the travel facilities are not friendly to them. For example, there are not enough Muslim Prayer Rooms(穆斯林祈禱室), and also not enough Southeast Asian-language publications. We could easily see the English signs and indicators in every scenic spot, not those in Vietnamese or Indonesian, for example.

Ms. Hanh is a tourist from Ho Chi Minh City, Vietnam. She said, she was visiting Taiwan because she heard that Taiwan government has made it easier for Asians to get the visa. The most important thing is that Taiwanese are very hospitable and friendly. She hopes that she could visit again in the future.

Take National Cheng Chi University (NCCU) for example, the school planned to establish a department of Southeast Asia studies in 2015. But till now, the plan has not been implemented. Other than that, National Taiwan University (NTU) also provides Southeast Asia languages courses, but the courses are administered by the Department of Japanese Language. The two examples have brought a question: Has the academe of Taiwan got ready for the southbound action?

Establishing a new department is not easy for universities. The ex-dean of the College of Foreign Languages and Literature of NCCU, Chang Shang-kuan（張上冠）said, the main reason for NCCU failing to set up the department of Southeast Asia Studies is lack of resources. He said, “It’s the chicken-and-egg conundrum!”As Taiwan did not pay much attention to cultivating Southeast Asia language talents in the past, the school authorities couldn’t hire tutors. “ The fundamental values lie in the long-term distribution on educational resources, and the prejudice against Southeast Asia culture in Taiwan.”said Chang.

In addition, Chang commented that the prejudice against Southeast Asia, resulting in a shortage of Southeast Asia talents, may come from the kinds of work which Southeast Asia laborers mostly do in Taiwan. The stereotype makes people look down on them, leading to discrimination, and ultimately caused the younger generation, both the Southeast Asians and Taiwanese to be unwilling to learn Southeast Asia culture.

Concerning the New Southbound Policy, Chang suggested another reason why the policy is working inefficiently. He noted that the Taiwan government has been paying overwhelming attention to English. Universities put avalanche of resources on English language departments, as well as Japanese language departments. However, it may seem harsh that the truth is, talents of these two languages are already oversupplied. Chang said, “Our education system is not on the same track as the government policy.”He raised the problem of the predominant language development in Taiwan, and suggested that universities should allocate the resources well to pursue sustainable development of various language courses. He also pointed out that as the new immigrants from Southeast Asia occupied a considerable ratio of population in Taiwan, if they learn their mother tongues well, it can be a huge help for Taiwan, on the premise that our country provides enough resources to cultivate them.

A college student, Chen Chia-jou（陳家柔）commented that, learning Southeast Asia languages is not an easy task, and there have been times when she wanted to give up. However, she believes that as English is known by everyone, learning another language enables her to be more competitive.

Southbound policy should not be just a slogan. The government should probably make adjustments to its foreign languages policy. The crucial change that is needed is people’s thought: they need educate themselves to be open-minded about accepting different cultures, especially the Southeast Asia culture. Without such a change, the New Southbound Policy will not work as expected. Regional integration is a new trend in the world. Besides New Southbound Policy, there are still lots of thing to do, so that we could embrace visitors from all over the world. 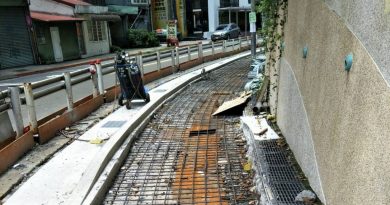