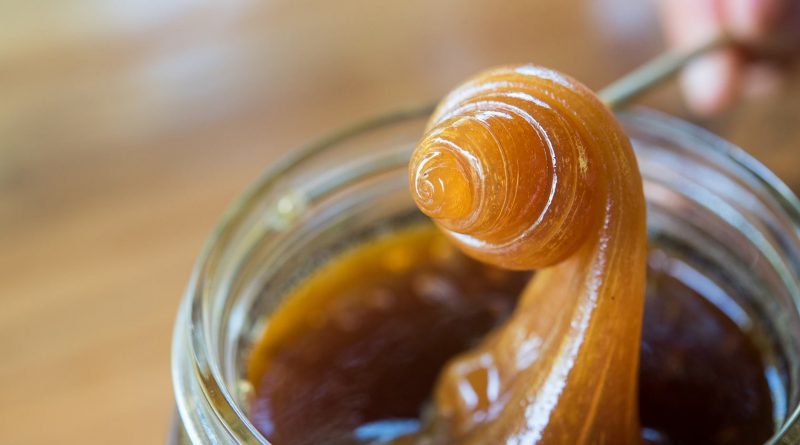 With its saccharine aroma, golden and sticky maltose can be said to be a childhood memory for many Taiwanese. To the older generations, maltose is a nostalgic candy regarded as a semblance of youth. Even today, its sweet, tantalizing flavor can still be recollected. Zhu Bo Yuan, a factory that preserves maltose through traditional craftsmanship, hopes to reproduce this flavor of childhood.

Hong-Jian Wang, chief executive manager of Zhu Bo Yuan(竹柏苑), shared that when elders come to buy maltose, they often share tales from their childhood. Many explained how they were willing to take a teapot, plow, or even some scrap metal from home to trade off in order to get a little piece of maltose. Unsurprisingly, when their parents discovered what they did, they were punished accordingly. “It’s such a nostalgic memory, because during the period of post-war, people were poor. The only candy we could get was maltose. Compared to today, those times are very different. Now, we have tens of thousands of candies to choose from at every 7-11,” Wang said.

How To Make Maltose?

To retain the traditional method of making perfect maltose, Zhu Bo Yuan has formulated six standard operation procedures: culture the wheatgrass, steam rice, saccharification, filtration, refinement, and finalization. Wang explained by saying, “First, nurture the wheat germ until it turns golden, which on average takes six to seven days. During this period, the wheat germ must not meet any light, as allowing the wheat germ to photosynthesize will make it taste bitter. Secondly, steam sticky rice in wooden barrels.” Wang also indicated that wooden barrels are good at evenly heating the rice; additionally, it adds a pleasant fragrance.

The procedure also includes collecting and smashing golden wheat germ and combining it with steamed rice and water, which is directly collected in Shiding District, a rural section of Taipei. This mixture is kept in the wooden barrels at 122°F/50°C to ferment. After stirring every fifteen minutes for about four to five hours, the enzyme in the wheat germ will break down the starch in the rice. The mixture can then be filtered and extracted, thus allowing the sweet liquid to be gathered. Incredibly, the residue of the wheat germ and sticky rice can also be used in livestock feed.

Afterward, the remaining sweet liquid is boiled in the wooden barrels to evaporate the water. Through four to five hours of heating, the much-coveted, fresh maltose will appear golden and thick. Finally, it is collected in glass bottles so that the best flavor can be contained.

“Technique is not that important; on the contrary, stamina is more vital,” said Wang. The heat from brewing maltose is a challenge to endure. The slower the process is, the better the product will be, thus endurance is essential in this industry. Wang explained that the most significant trait of the traditional industry is also its most fatal disadvantage: the massive amount of manpower, material resources, and time are not proportional to the output. “Nowadays, kids don’t have many opportunities to eat handmade candy like this,” Wang sighed. The elder generation, however, has always said that they felt like they returned to their childhood by eating Zhu Bo Yuan’s maltose candy– after all, it’s the flavor of the time.

Zhu Bo Yuan continues to use Formosa Acacia as its firewood– despite the price being much more expensive than other wood. Wang explained that Formosa Acacia features an extraordinary capability at keeping the temperature of the flames stable.

Because of the special firewood used in the process of making maltose, Zhu Bo Yuan’s maltose garners the fragrance of sweet potatoes which permeates through the manufacturing location. That’s one of the reasons why they still choose to make maltose through the traditional method– although machines can make the production process much faster, the ‘flavor of time’ must be preserved, passed down from generation to generation, and needs to be remembered.

Zhu Bo Yuan also hosts a series of workshops from time to time, and many families take the opportunity to drive to the Shiding District during holidays to participate. Throughout the event, Zhu Bo Yuan’s staff will introduce various stories about maltose to everyone. Their passion for passing down the ancient craft could be seen through the tone of their dedicated voices. After the introductory lecture, the presenters will take the guests to experience the process of making maltose desserts.

Harmony, a maltose lover who was interviewed on the sidelines of the event, said her grandfather is a Chinese medical physician, so her mother has known the effects of maltose since Harmony was little. Whenever Harmony’s throat and trachea were uncomfortable, her mother would give her some maltose. Because of that, she soon fell in love with the soft, sweet, and creamy taste. It was a perfect experience for her as the maltose slowly melted in her mouth with her saliva. For Harmony, maltose “lollipop” is a treat!

Although there are many commercial channels to buy maltose, Harmony still likes the maltose made in an old-fashioned way. This is because of the taste and quality of traditionally-brewed maltose. For Harmony, the special flavor produced by wood-fire stoves cannot be replaced by any machine. She described the aroma as a caramel and sweet potato scent that can only be found in old-fashioned maltose.

Applications of Maltose in the Culinary Scene

The most widely known application of maltose is in culinary arts, such as braised pork trotters, Chinese barbecued pork (char siu), Taiwanese braised dishes, and Chinese mooncakes. According to Hung-Chien Wang, a chef who specializes in roast duck, maltose mixed with a little bit of white vinegar, then spread on the surface of the duck helps give the meat a firmer texture because of the crisp outside that locks in the meat’s juices effectively. Also, when stewing, adding some maltose will help give the dish a brighter color and enhance the meat’s aroma significantly.

Furthermore, maltose can also be used to make wine by aiding in kickstarting the fermentation process. Since maltose is a sugar formed through fermenting wheat grass, it can speed up the process of fermentation. Maltose, active distiller’s yeast, and fruit should be combined in a special fermentation jar in order to prevent the mixture from growing mold. After about a week, the container may be opened, and the all-natural homebrew can be enjoyed.

While usually consumed as candy and in specialty dishes, maltose even proves beneficial in the medical field. The well-known traditional Chinese medical science classical work, “Herbal Foundation Compendium,” mentioned, “Maltose is sweet, gentle, and replenishes energy. Along with this, it provides nourishment for the body, is good for the stomach, combats weakness, and nourishes the lungs. Hence, it is conducive to relieving chronic bronchial symptoms including coughs due to lung deficiency, dry cough without phlegm, and shortness of breath while walking,”

From Chinese traditional medicine’s point of view, maltose can be used in natural medications, such as loquat paste. It can also be used as a nutritional supplement. Zhu Bo Yuan often combines cicada shells, loquat leaves, mulberry leaves, and golden dates with maltose, which can protect people’s throats effectively.

However, viewing maltose from western nutritional science’s stance, many nutritionists would regard maltose as just a carbohydrate. Cheng-Yu Su, a nutritionist, noted that nutritional science doesn’t mention much about the nourishing value of maltose and that it has rather been used primarily as a booster to regain strength. But Su still considered that Chinese medical science is worth believing to a certain extent. He commented, “When I was a child, my mom always gave me some maltose when my asthma was acting up or when I was feeling unwell, and it really helped!” Despite this, he also emphasized that when it comes to serious ailments such as cancer, consuming maltose definitely will not aid in recovering from such an illness without additional medical help.

Speaking of carbohydrates, maltose can be classified as a healthy one. Nutritionist Su indicated that carbohydrates can be sorted into three categories: “monosaccharides,” “disaccharides,” and “polysaccharides.” Monosaccharides are the sweetest and the easiest to cause hyperglycemia of the three and is the one that could most likely cause hypertension and/or high blood sugar if consumed in an excessive amount.

Maltose is considerably healthier, as it is categorized as a disaccharide. It is less sweet than monosaccharides, has a low GI (Glycemic Index) value, and the ingredients are simple and natural. Despite this, maltose is still candy; even though it is significantly healthier than other sweets, it is still advised not to eat too much. But, there is no harm in experiencing the sweet nostalgia of maltose every now and then by putting a layer of maltose between two crackers just like people in the past generations have done.

Nostalgia is a powerful feeling that tends to skew how we look at the past and can be evoked by remembering flavors that are connected to our fondest memories. Maltose, a childhood treat and dash of sweetness in various cuisines, connects many people in Taiwan to their glory days. This comforting flavor is savored by many regardless of how much time has passed. 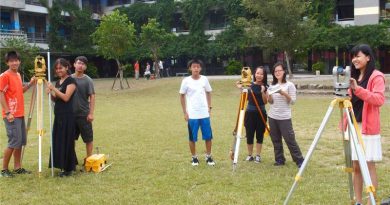