Mini-series drama The Teenage Psychic（通靈少女）, debuted in April, has set a record as the highest rating of PTS (Public Television Service) productions. Based on The Busy Young Xian-gu（仙姑）, a drama by the same director Chen Ho-yu（陳和榆）, The Teenage Psychic has only six episodes but leaves its mark in the history of Taiwan mini-series, following the success of Wake Up （麻醉風暴）in 2005.

“As the idol drama has been seen as poor in quality, The Teenage Psychic revived people’s confidence in the drama market,” said Lai Hsiang-li（賴湘莉）, a student director at Shih Hsin University. Everyone discusses this drama, even President Tsai Ing-wen. They talk about the medium as a bridge between humans and other realms of beings; they also talk about idols and the company HBO Asia .

“I think PTS and HBO Asia —  these two platforms — nourish our drama creation in Taiwan,” said Ho Huai-song（何懷嵩）, associate professor of the Department of Radio, TV and Film at Shih Hsin University. “As HBO Asia offers a different market, the value of The Teenage Psychic is enlarged and PTS gets a wider feedback. Such a success shows that we receive a nice feedback overseas. It also shows that our drama has proved the value of international co-production, with its own charm for the international market.”

“Compared with regular drama series, Mini-series is short, delicate and easy to get close to the audience,” Ho said. He believes that mini-series drama has blossomed because the network channels have increased and the way of living has changed. It is an excellent media that coincide with the feature of international themes.

With the success of The Teenage Psychic, we could absorb lots of advantages from it, such as the filming techniques, the working system and even the marketing. The audience is looking forward to seeing Taiwan’s drama makes a splash again, hoping that the drama industry will keep making progress and rise to a new level. 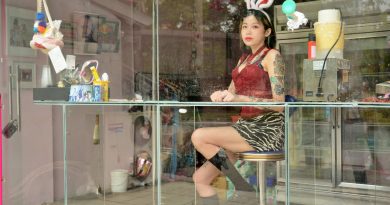