There are still some people who fear legalizing gay marriage would cause a lot of  problems. Moreover, some of them attack the LGBT community with sexual innuendo, accusing them of stirring sexual liberation. It will break our society down.

Fan, Kang-hao（范綱皓）, a commentator who often posts his articles — mostly  about gender identity, labor rights — on news websites, clarifies that LGBT parade is a social movement with multi-cultures; no matter what your skin tone, sexual orientation（性向） or social class, even antagonists can join the parade. So what is this about? People always have double standard: for example, they can accept famous star wearing sexy clothes on TV, but can’t stand a gay who takes off his shirt walk on the street. “In fact, those who are not in the mainstream of society through this action to declare their rights tell people that there are a variety of  looks of our bodies. We should accept our own bodies comfortably,” said Fan.

In 2016 presidential election, Tsai, Ing-wen（蔡英文） has published a statement “In front of love, people are all equal. I support gay marriage”  It can be considered a big step forward in political support for LGBT rights. “The real battlefield will be at Legislative Yuan, our president and Ministry of Justice（法務部）mentioned they will support the legislative process. So it depends on how much power that people can provide to legislators to do their job,” said Fan. In other words, instead of pressuring our government to clarify its statement, we can try to change our social climate so that most people will support LGBT rights and create a LGBT-friendly society. Then our government may follow the trend to promote relevant legislation actively.

After all, legalizing gay marriage is not the milestone for those who care about it. It may still have a long way to completely protect LGBT rights. Besides administration measure, strengthening our basic education about gender awareness is also important. “If the whole things are not developing as you expect them to be, then don’t be upset. Being positive, you can consider it as helping our descendants fight for their rights. To be honest, civil rights we have today were what our forefathers used to fight for us, right?” Fan smiled, with calm. 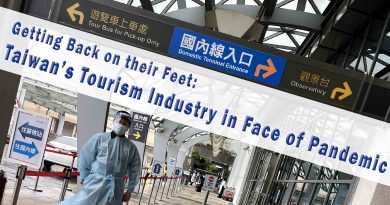 Getting Back on their Feet: Taiwan’s Tourism Industry in Face of Pandemic

A Chat with Live Streamer